The novel-in-progress includes a scene set in Christmas 1970, although there is little for my fictional families to celebrate. A tragedy has tugged the rug from beneath their feet, but some of them are contemplating beckoning beacons of hope which appear to shed a tentative light on the future. However, those beacons are in forbidden territory...

The Christmas of forty-five years ago brought to an end a year in which England lost to West Germany in the World Cup quarter-finals. This unexpected result (two goals to three after extra time) had such a devastating effect on the country that it even prompted voters to lose faith in Harold Wilson's government. Like the England squad, the Labour party, who had secured a good lead in the Gallup poll, suffered an unexpected defeat at the hands of Edward Heath's Conservatives.

Also in that year, Paul McCartney said he was leaving the Beatles, British Leyland announced that production of the Morris Minor would cease, and the General Election, with that shock result, was the first in which eighteen-year-olds could vote. Just around the corner in 1971 was the introduction of decimal currency, with young people trying to convince older members of the family that the change to 'new pee' would be easy and many people certain the new system would be a smokescreen for price rises.

The research led me to seek out old family pictures of that Christmas, but I could look no further than these, taken in 1967, the year in which Tying Down The Lion is set. 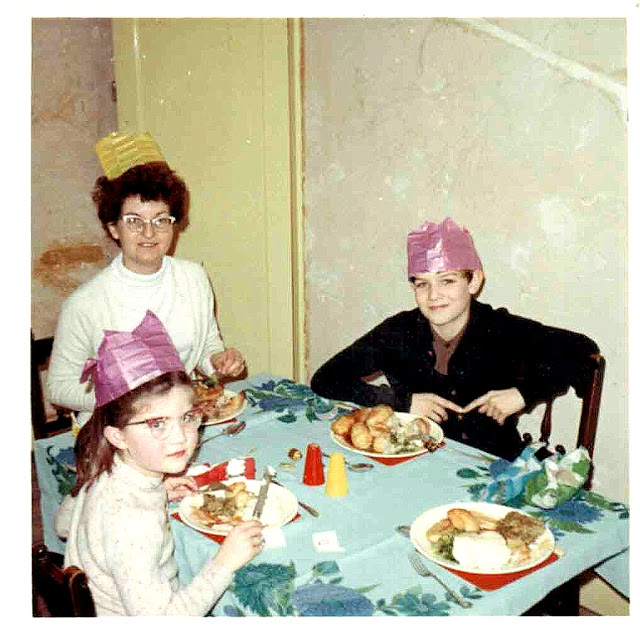 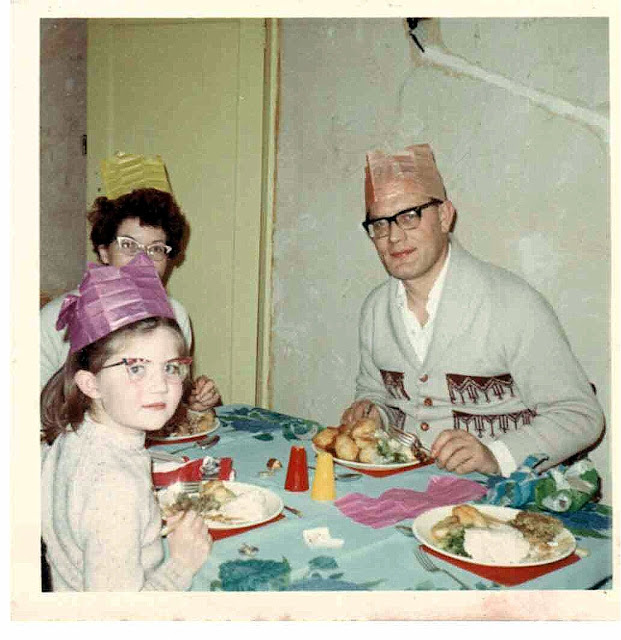 My father had not quite managed to finish decorating the 'front-room', hence the stripped-bare walls. He feared the plaster might completely crumble if the sellotape went anywhere near it, hence the lack of tinsel. He, my mother and I had all caught a vicious 'flu on Christmas Eve. My father was actually hallucinating at one point and to this day my mother has no idea how she cooked the dinner. Only my dear, irrepressible brother was cheerful.

My husband says it is the most depressing picture he has ever seen, from the un-festive tablecloth and plastic salt and pepper pots, to the eerie way my mother's hat is perched on top of her curls. Not to mention the way the food is congealing during the obligatory photo session - it was an icy-cold room with no heating. And what a huge amount of (cold) bread sauce on each plate. We had to have it, whether we liked it or not!

I love these pictures for their hand-knitted cardigans, National Health glasses, pallid faces, unclad walls and the dogged determination to sit at the table, pull the crackers, take the photographs and wade through the meal, despite three of us feeling utterly ghastly.